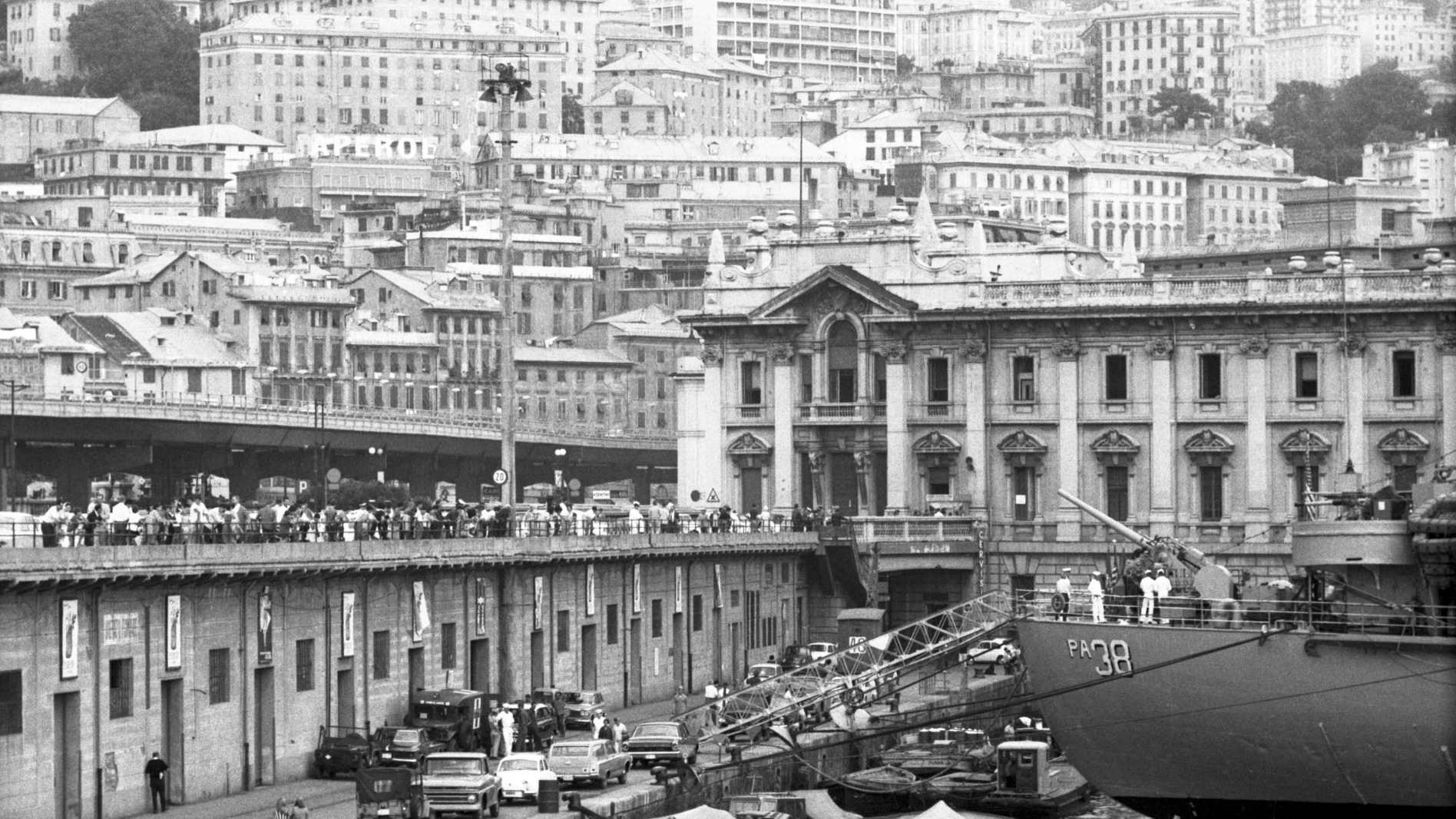 The structure of the Maritime Station of Ponte dei Mille, guardian of an historic vocation for passenger service

FROM THE ORIGIN TO PONTE GUGLIELMO

From medieval times, the current Ponte dei Mille and the area behind Santa Limbania were used by pilgrims on their way to the Holy Land.
These religious traellers would find shelter at the nearby Order of the Knights of Malta in a building, still in good condition, that stands at the beginning of the present day Via Pré.
About halfway through the nineteenth century, given the favourable position of the harbour, the area began to be used by large ships that were sailing the Mediterranean and the transoceanic routes;
a suitable quay was built and new roads constructed, leading to the demolition of the Caput Arenae promontory and the Romanesque church of St. Thomas that stood on it, from which the quay took its name.

With the beginning of the emigration phenomenon and the growing demands linked to servicing merchant and passenger ships, it became necessary to provide an area
with a passenger building close to the railway station of Piazza Principe.
Thus, between 1884 and 1890 a passenger hall was built by the Engineers Corps, consisting of a one-storey main brick building with a large iron roof, containing waiting rooms,
refreshment halls, a medical room and a police post.
The name of the quay was changed to Federico Guglielmo (Frederick William), in honour of the German Crown Prince.

THE BIRTH OF THE PONTE DEI MILLE MARITIME STATION

In the last two decades of the nineteenth century, population growth and the economic crisis gave rise to the emigration phenomenon, which saw Genoa as having the best equipped harbour for the masses coming from all over northern Italy. At the same time, the elitist phenomenon of overseas leisure travel was growing.

The building on Ponte Federico Guglielmo soon proved to be inadequate given the growing demand for space on the part of the new passengers: it was therefore decided to construct a Maritime Station that could meet these new needs and that would reflect the prestige of the city.
Work began in 1914, but was stopped during the war, and then re-started in 1924.
After various changes to the original project, while work was in progress, the Ponte dei Mille Maritime Station was inaugurated in October 1930. It consisted of three core buildings following the layout of the quay linked by connecting passages, with the 1st and 2nd class passenger halls on the first floor and the 3rd class hall on the quay level.
The grandeur and opulence of the building is well expressed by the eclectic and monumental facades and by its imposing dimension. 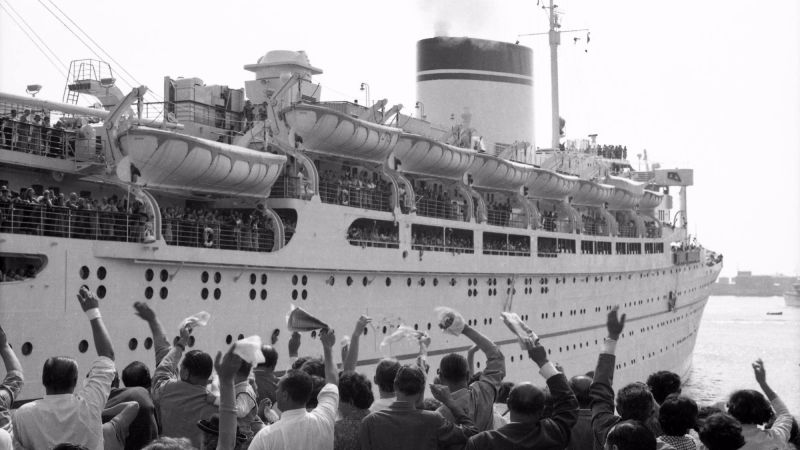 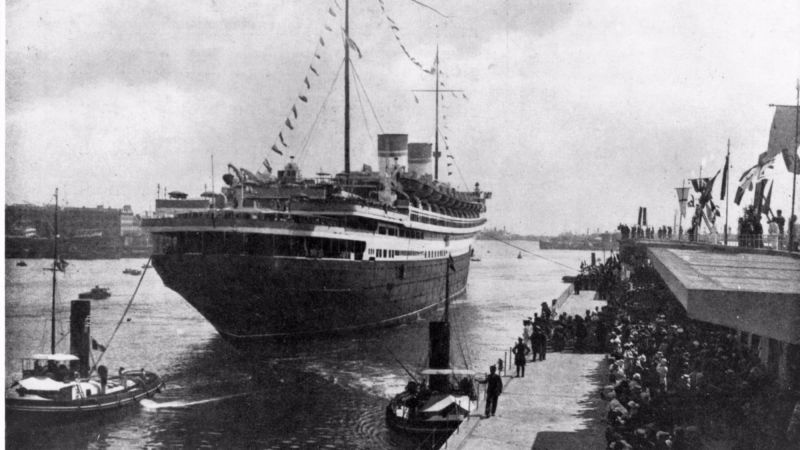 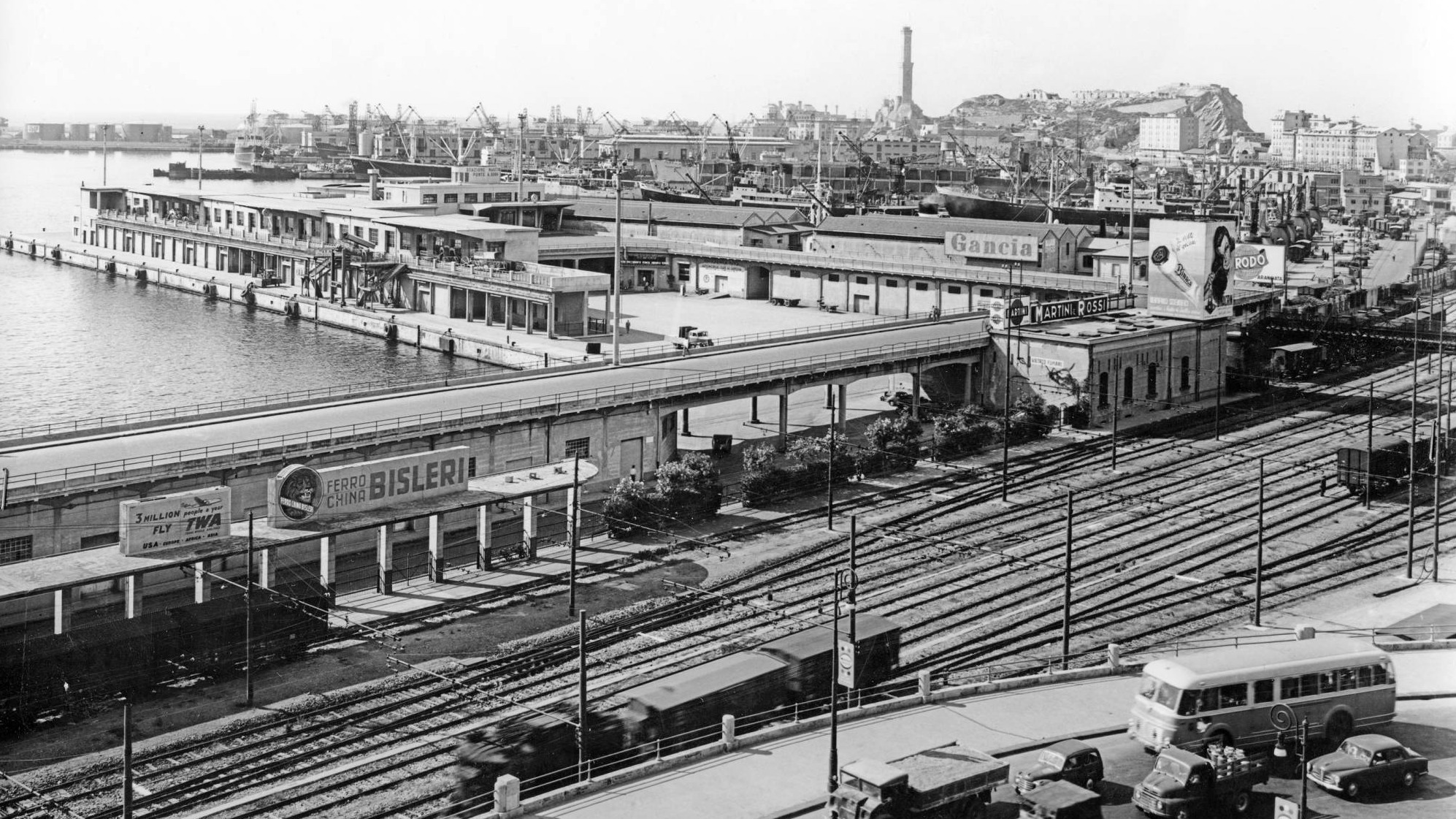 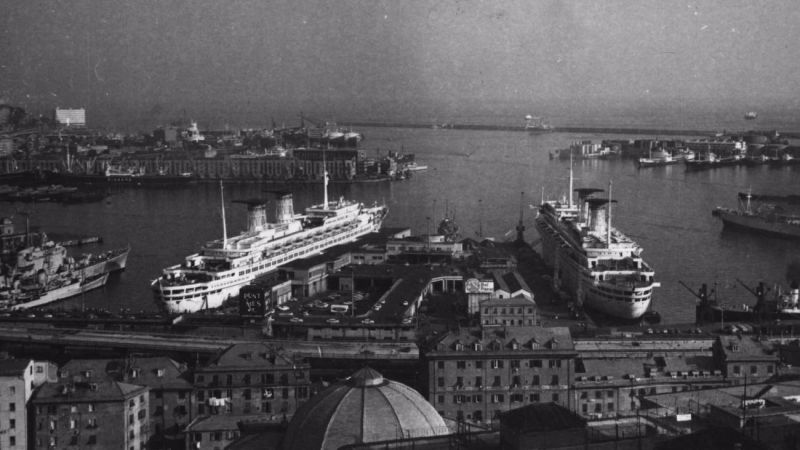 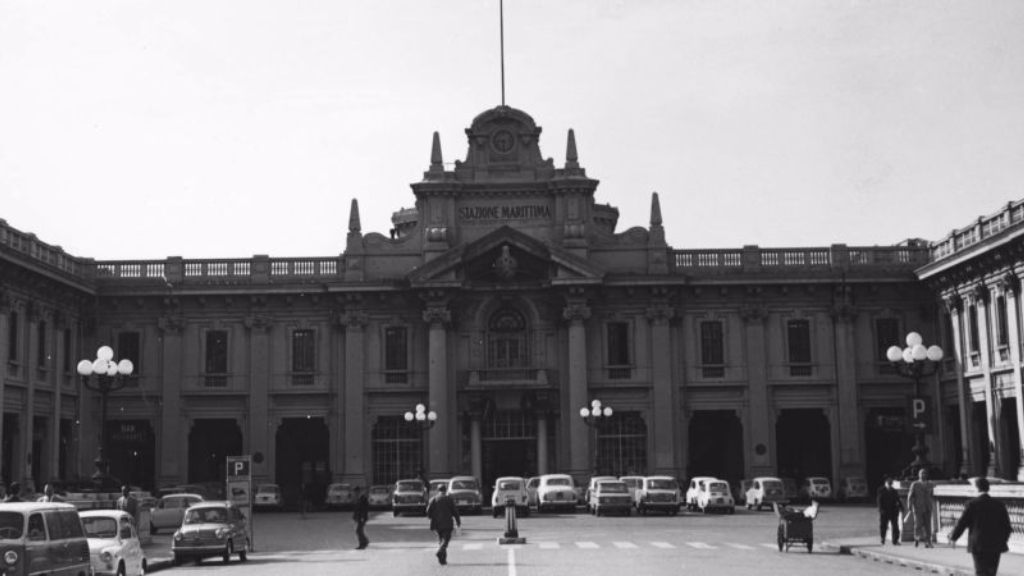 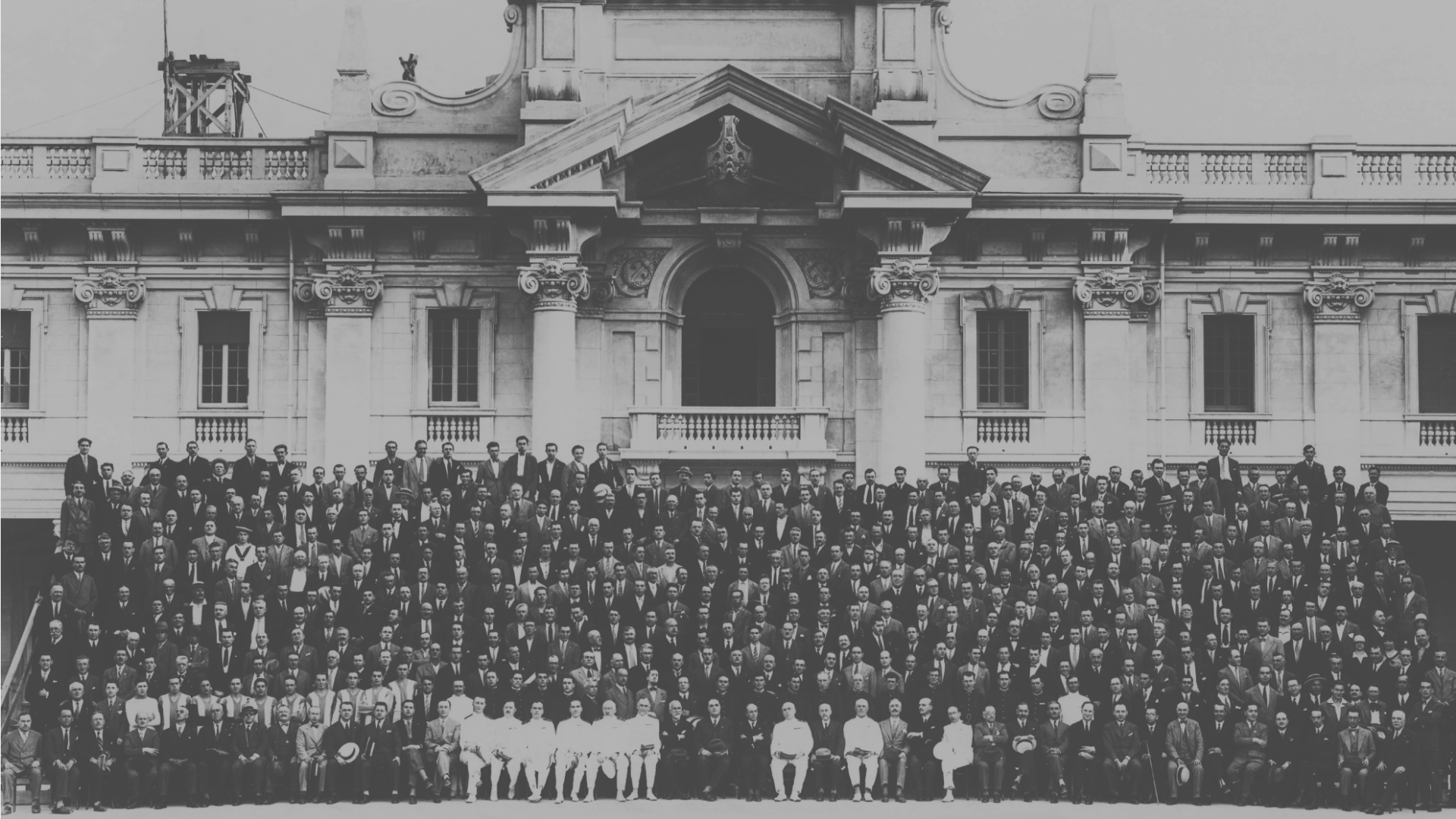 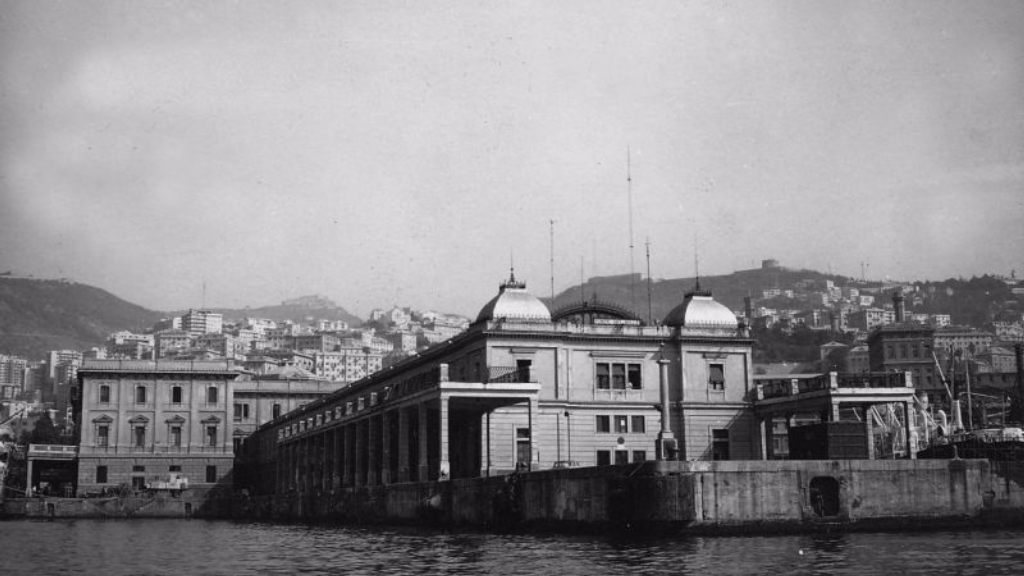 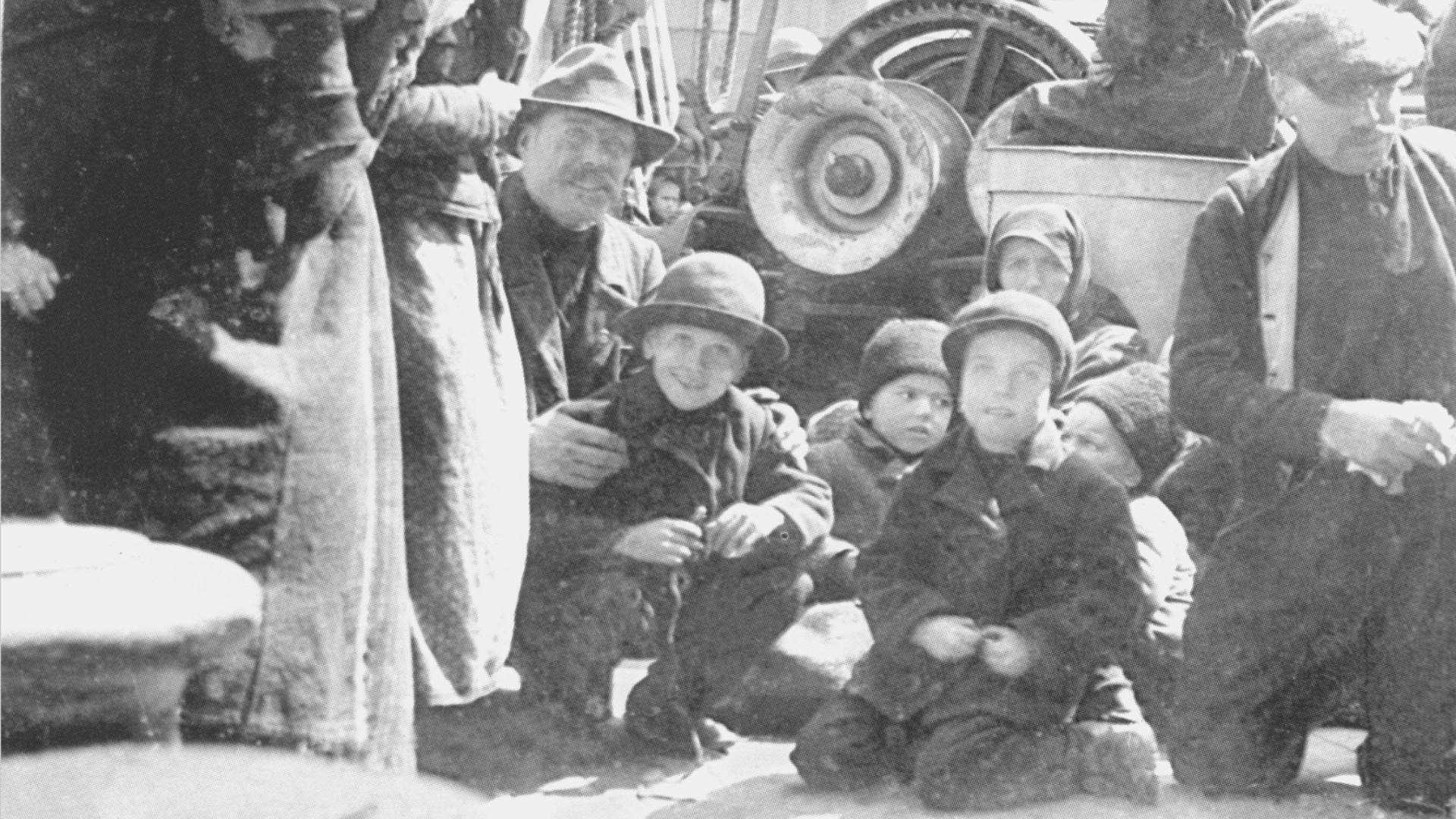 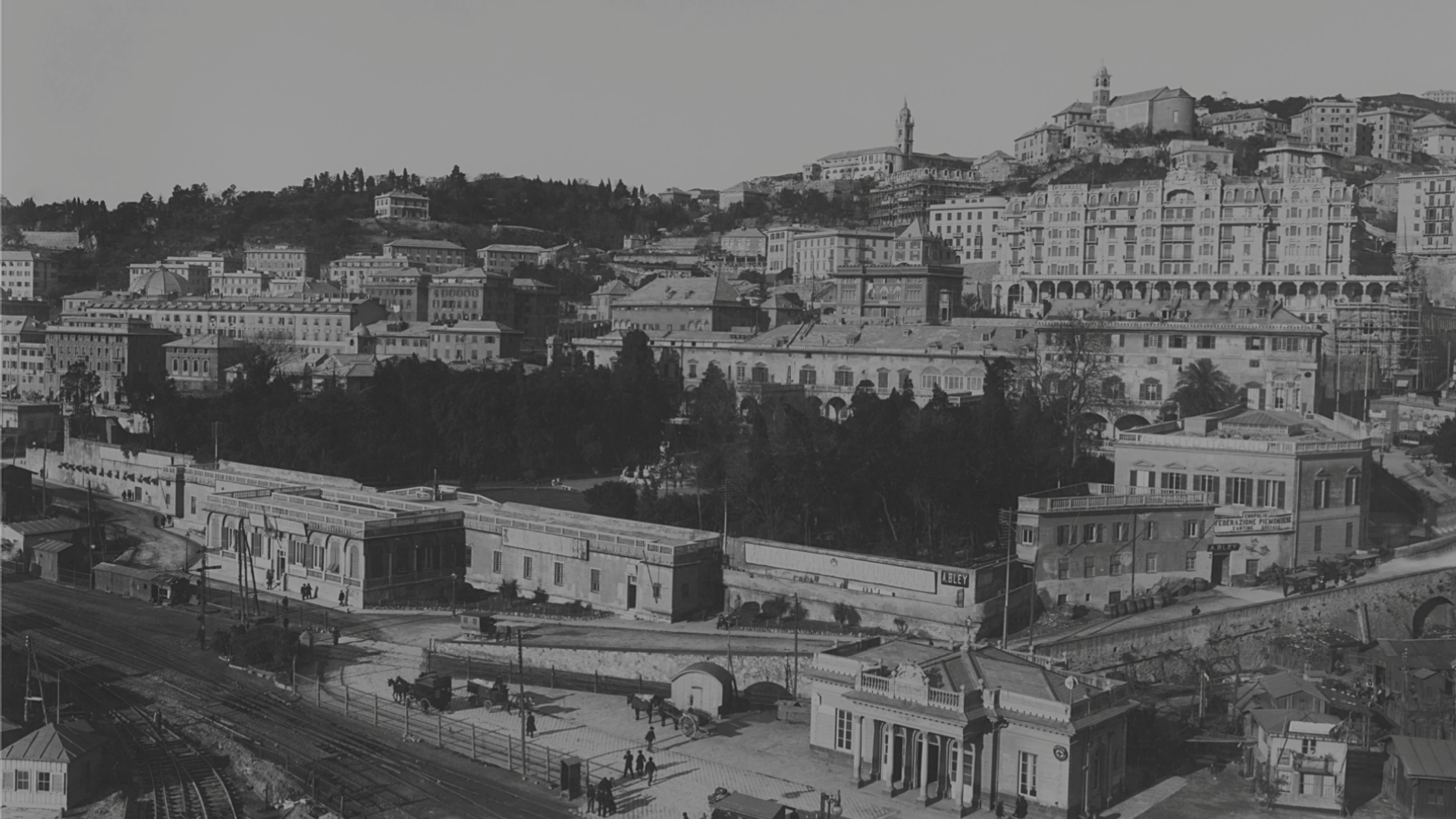 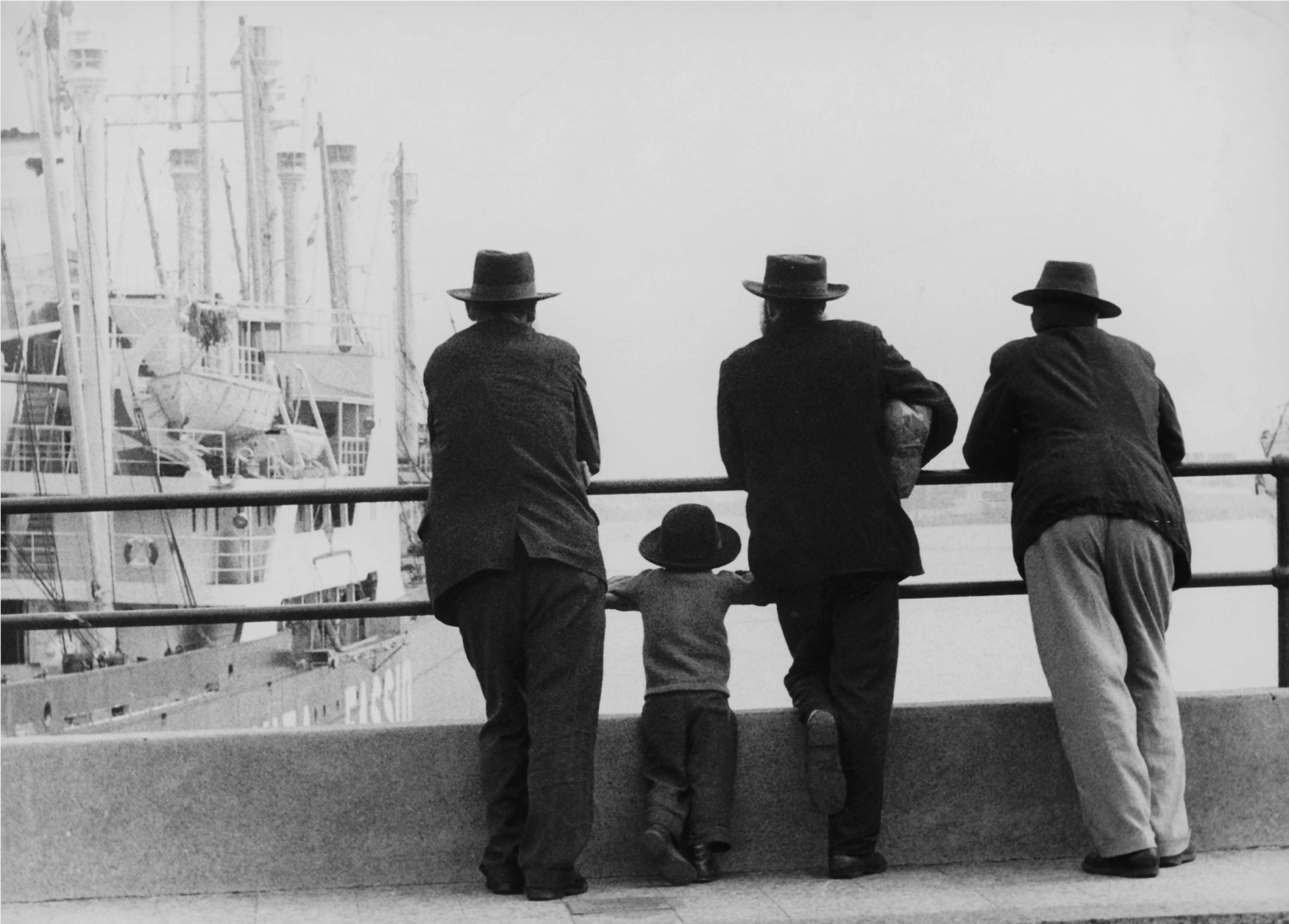 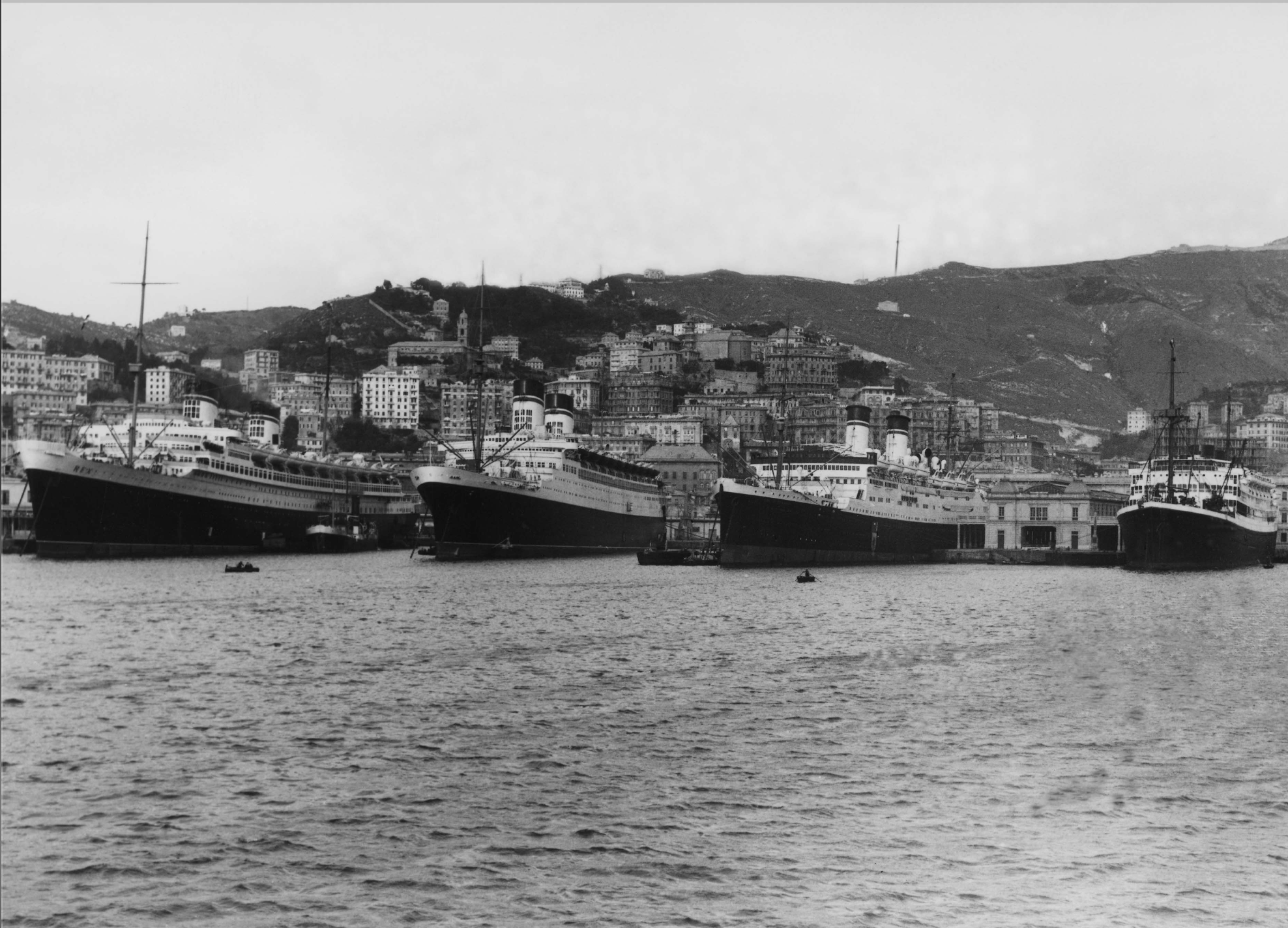 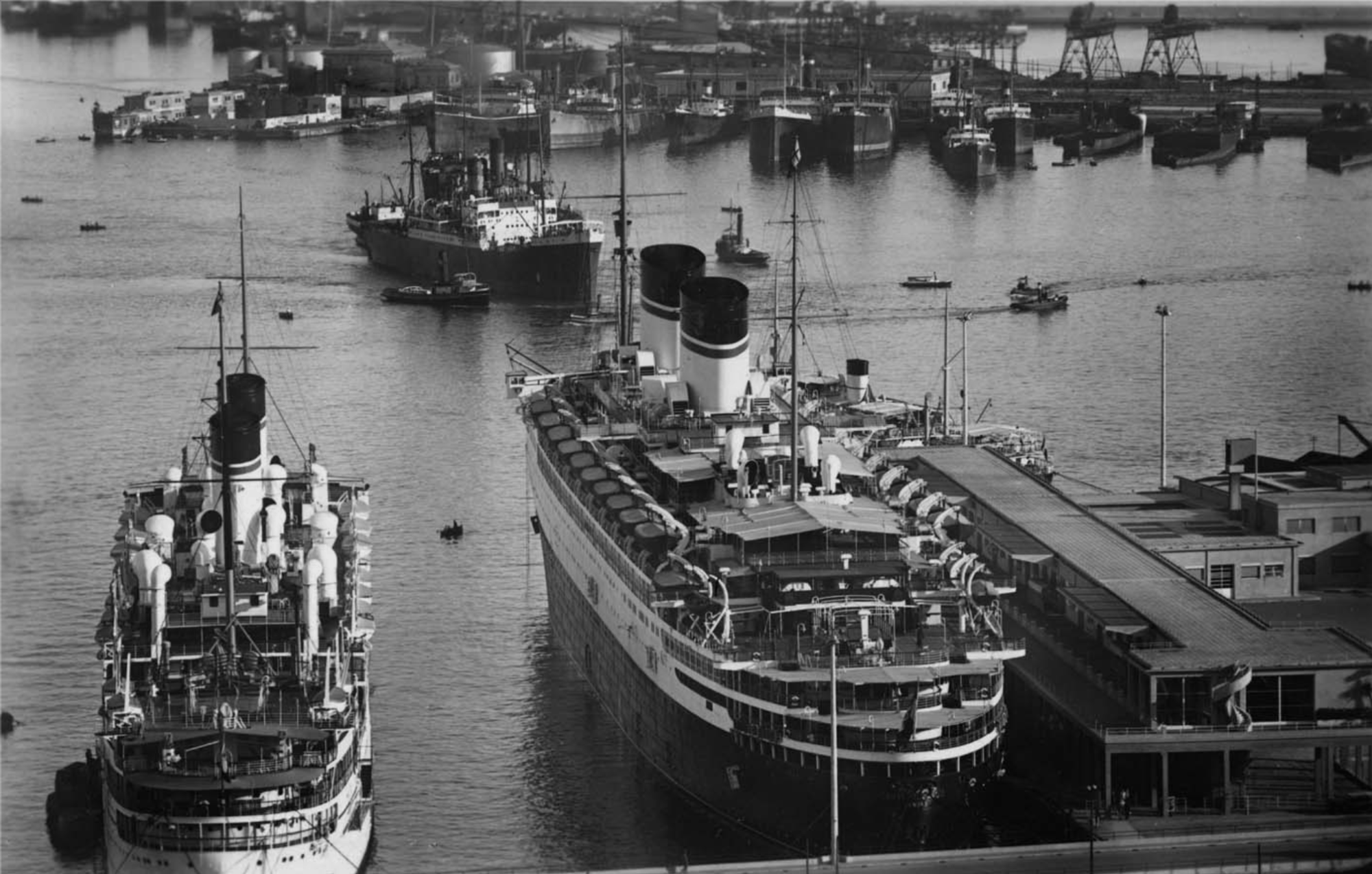 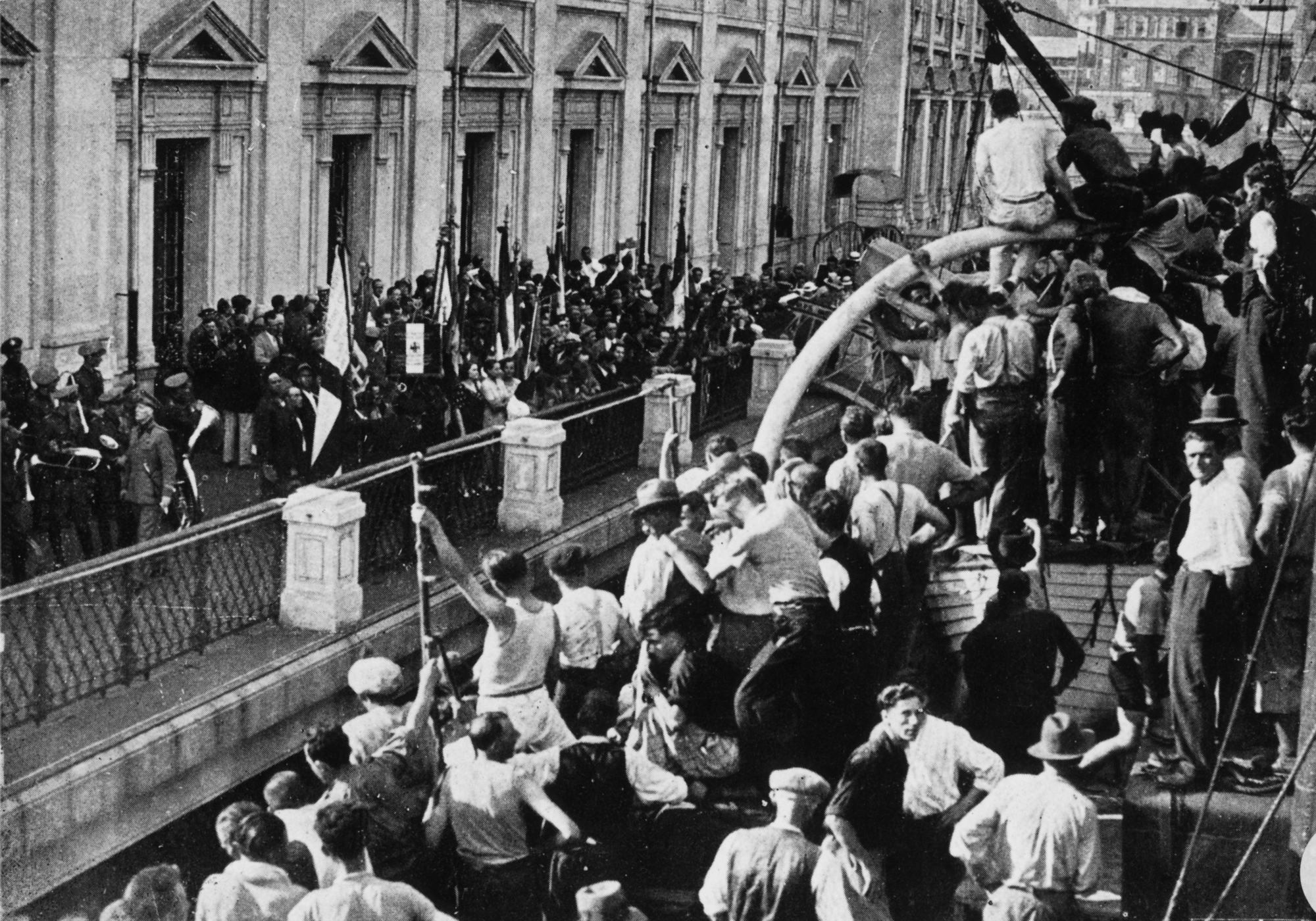 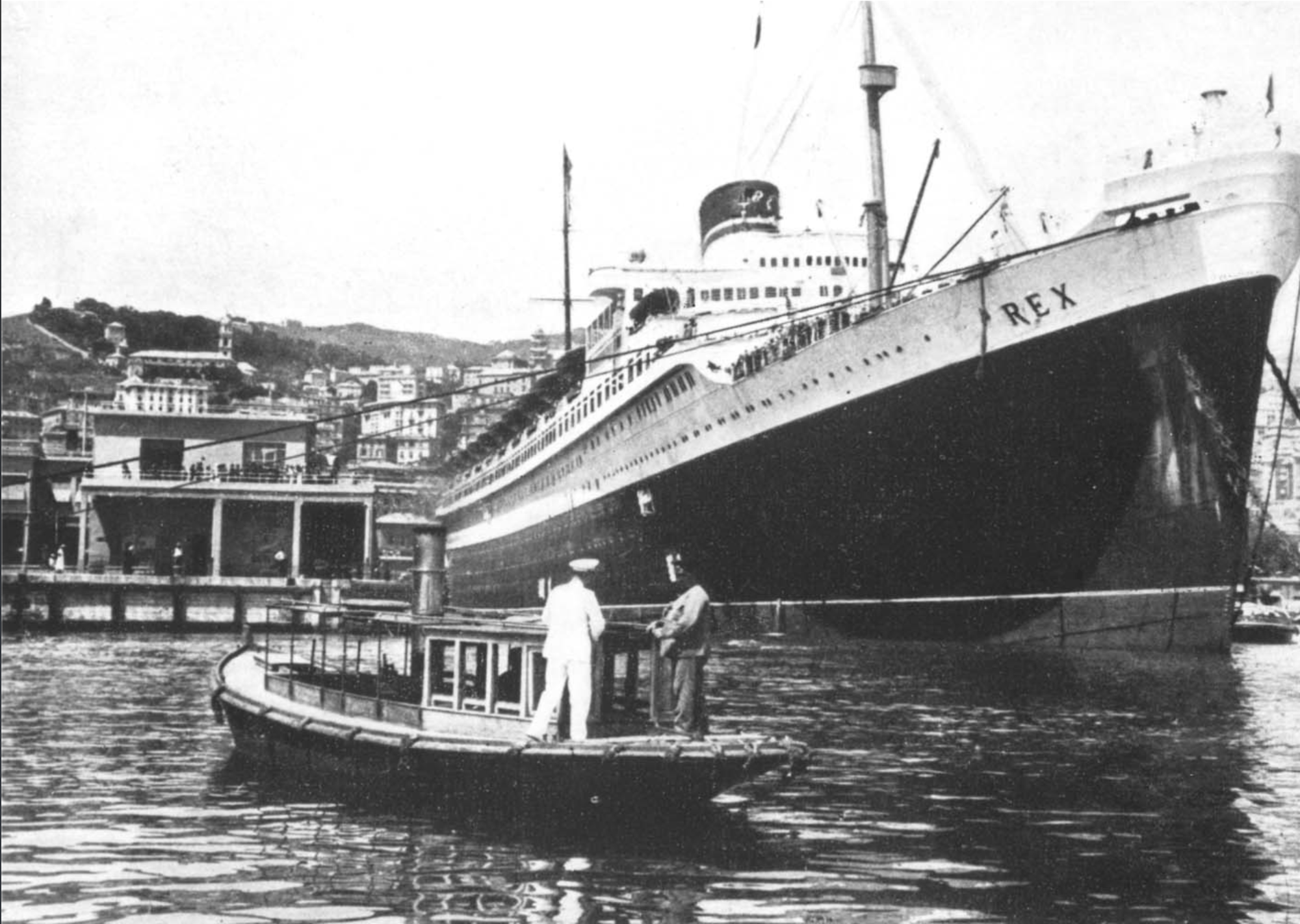 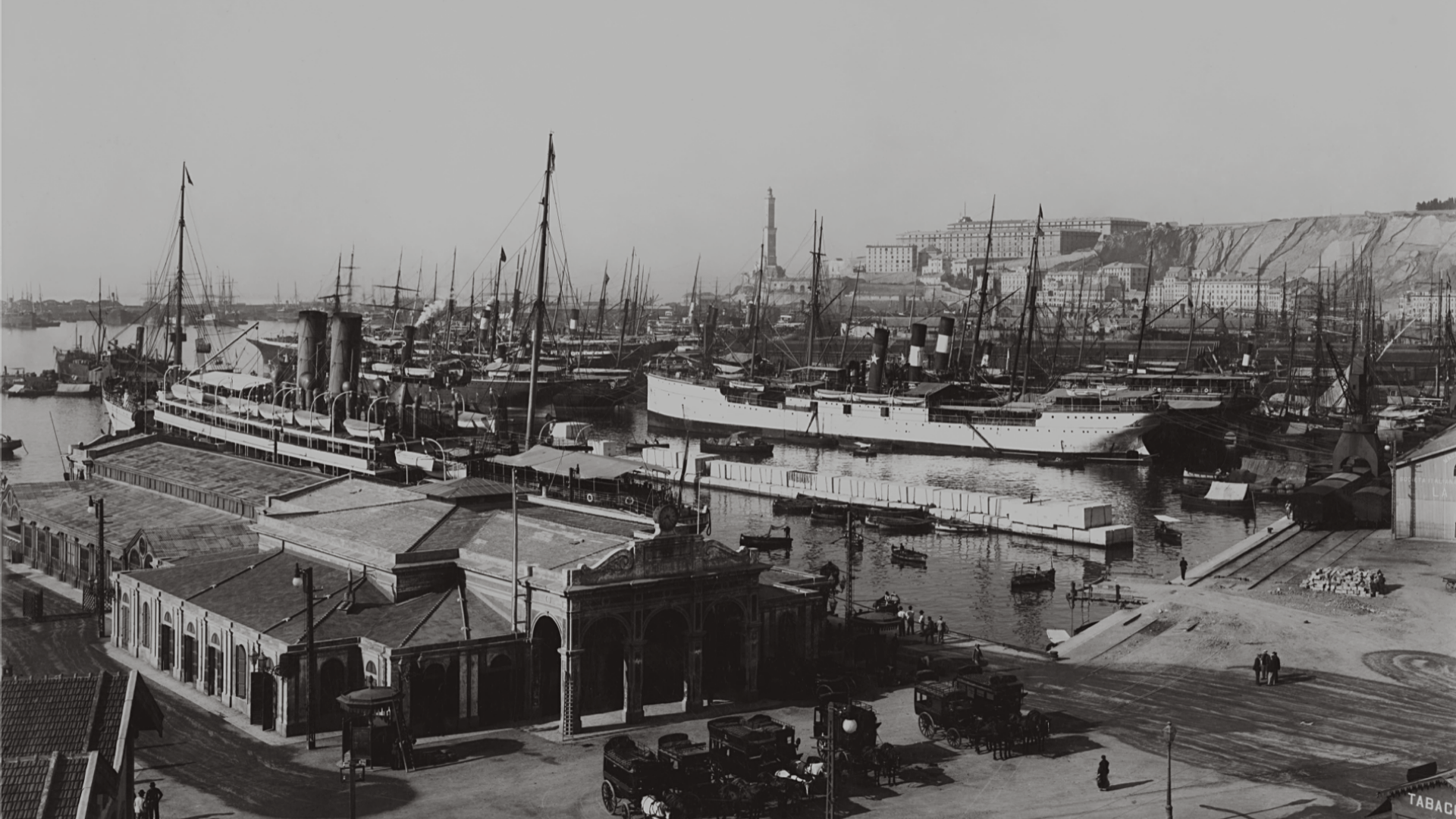 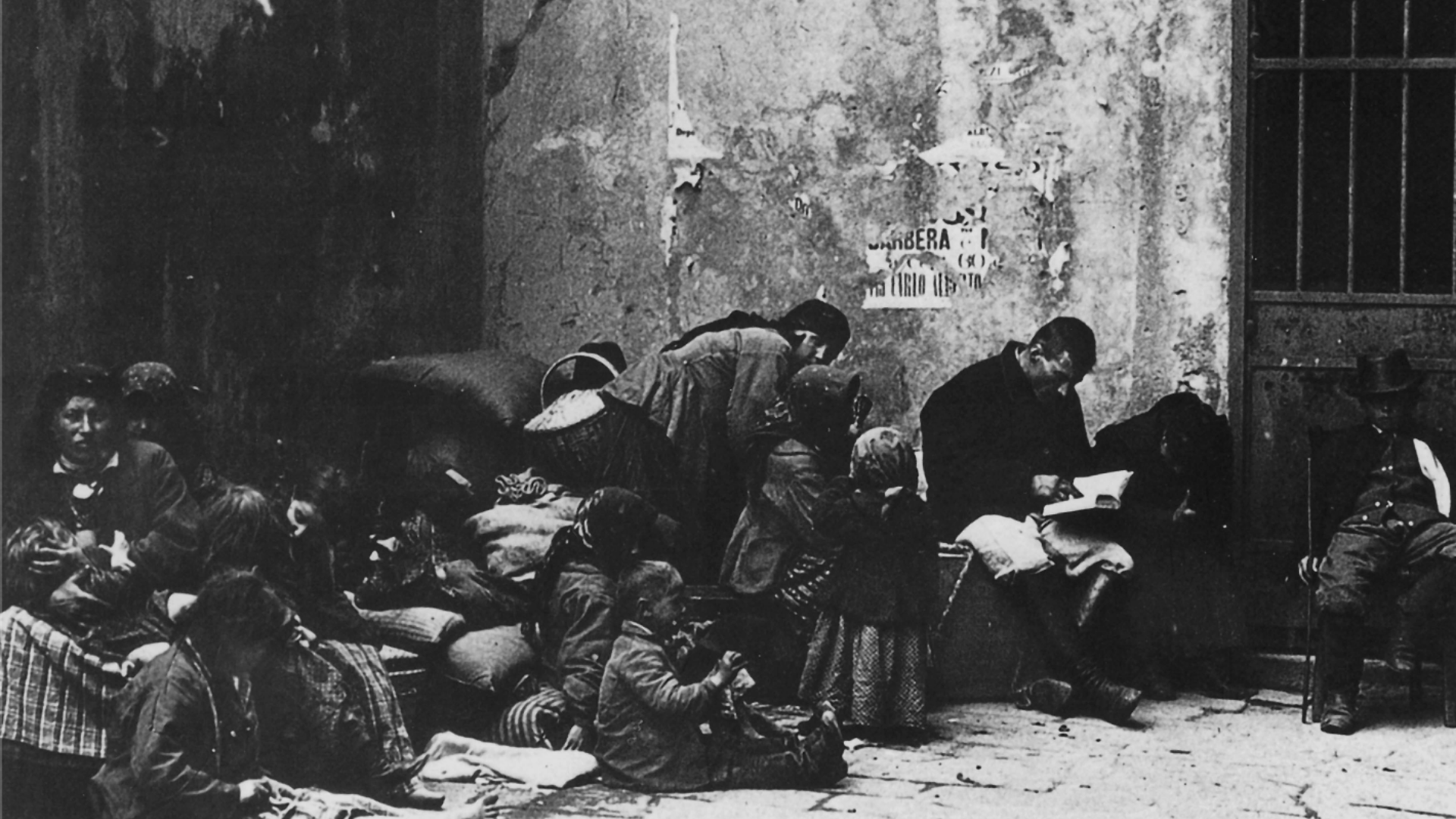 FROM THE GREAT CRUISE LINERS TO THE PRESENT DAY

The central saloons of the Ponte dei Mille Maritime Station were originally the passenger halls
for second class passengers, connected to the quay level, which the passengers could reach directly by train.
For years these halls were host to passengers of the most famous and prestigious transatlantic liners
in Italian naval history that sailed the tourist and shipping lines to the Americas.
Many famous people from the world of politics, art and show business passed through these halls,
as can be attested by the photo exhibition in the first hall, with pictures of Harry Truman, Orson Welles, Igor Stravinsky, Anthony Quinn, Winston Churchill, Ernest Hemingway, and Elia Kazan to name just a few.

From the sixties onwards, the advent of the aeroplane as a means of passenger transport led to the gradual disappearance of the sea links with the Americas, bringing an end to the era of the great transatlantic liners and consequently the use of the saloons of the Maritime Station.
The present state of the halls is the result of thorough restoration work carried out in 2001.
In addition to redesigning the layout of the building, the restoration brought back to light the splendid vaulted ceilings in pitch-pine wood, hidden for many years, giving a very distinctive flavour to the rooms.
The use of the saloons as passenger terminals continues today without any break with the past.

The former “First Class Customs Hall”, situated on the west side of the Ponte dei Mille complex, is divided into five bays with a coffered stucco roof and stained glass skylights: this structural pattern is reflected, with corresponding pilasters, in the five floor panels made with Venetian-style terrace (coloured stone chippings mixed with cement).

On the walls are twenty-four painted panels of particular prominence, believed to be by Galileo Chini (1873-1956). These are rectangular tempera murals, in 20th-century style and may be considered genuine advertising murals aimed at the affluent passengers: in fact they represent the same elitist and cosmopolitan atmosphere found on the great cruise ships of the time which characterised the tourist destinations, great hotels and thermal baths depicted on the panels.

At the moment on the south side of the hall, on display in two cabinets that were part of the original furniture, one may see reproductions of some of the dinner services used on board the great liners, provided by the Radif Company of Genoa.
Also on the south side is a fascinating marble statue of “Rome the Eternal City” by the sculptor Angelo Zanelli (1848-1942), who was also responsible for the statues of the “Altar to the Fatherland”, which was located in the first class Central Saloon of the transatlantic liner ‘Roma’, the pride of the Italian passenger lines between 1926 and 1939. 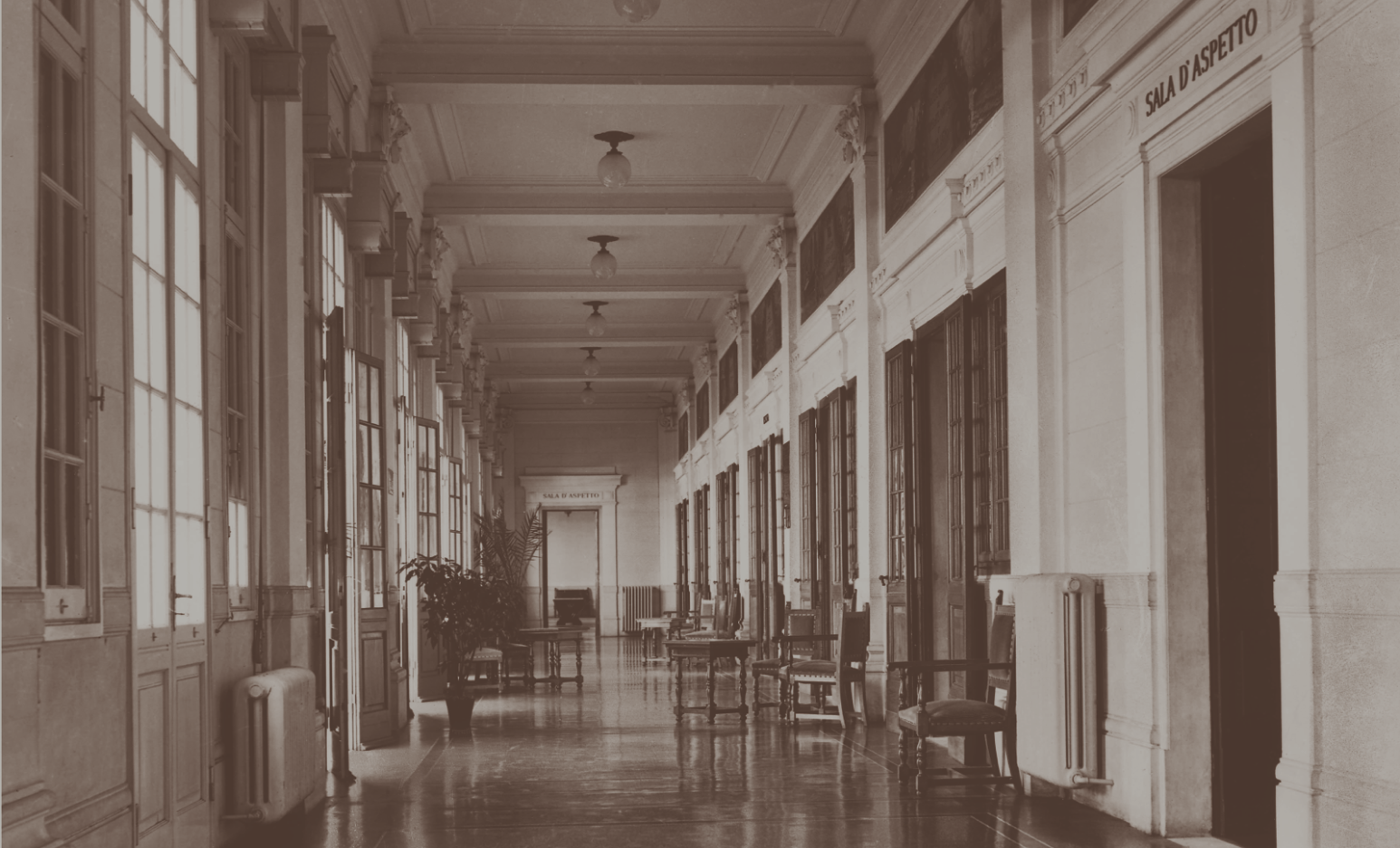 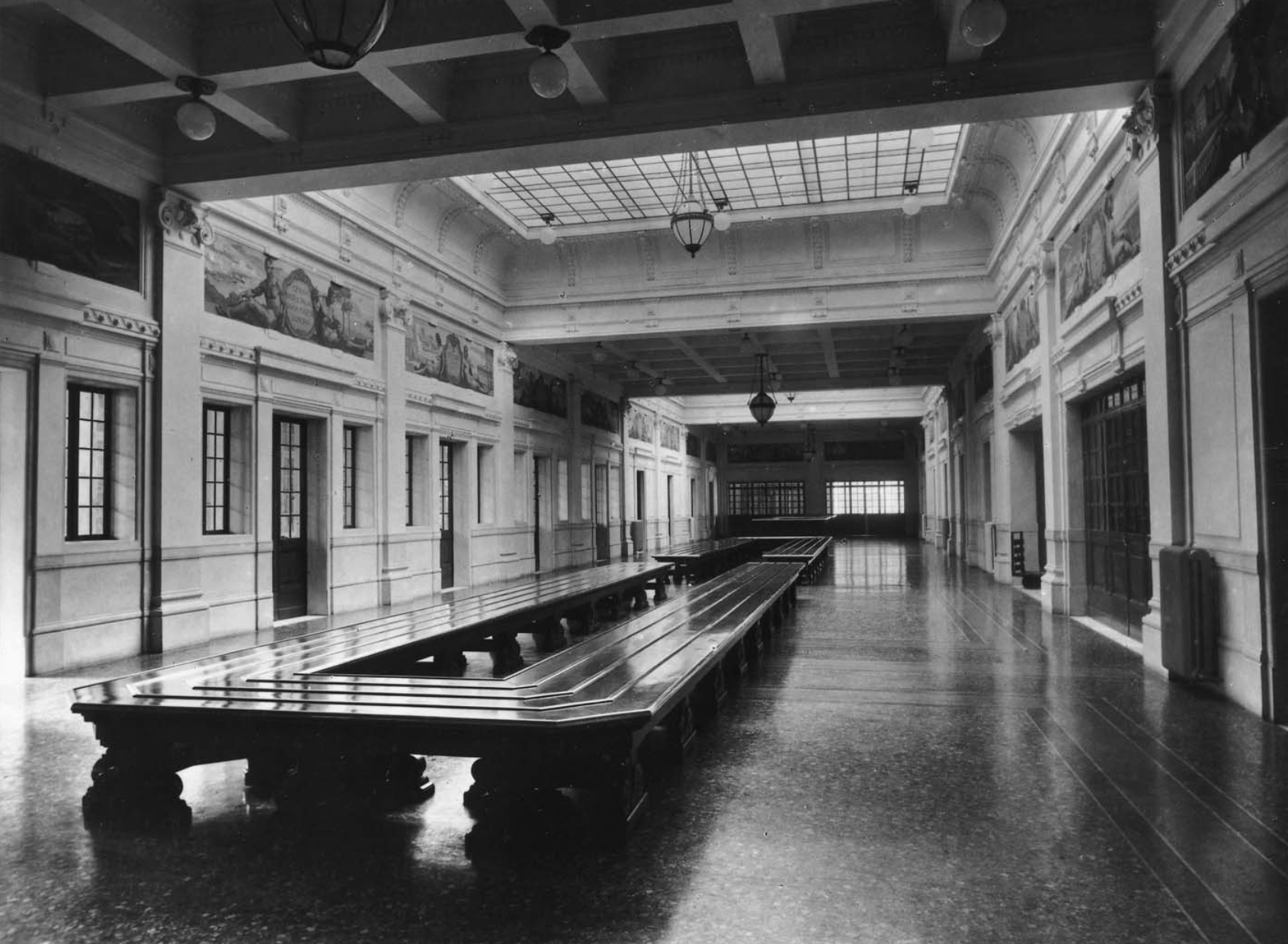 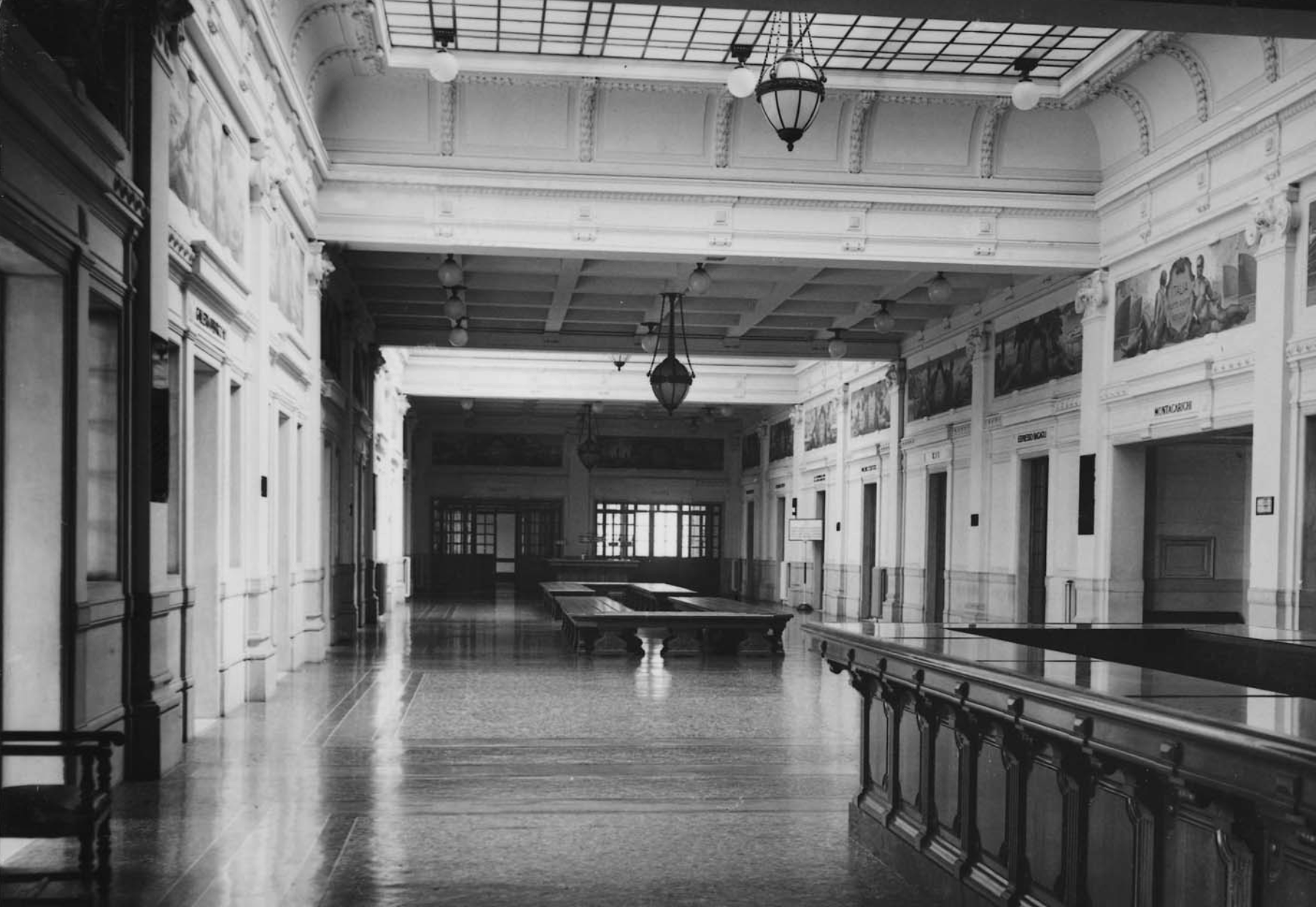 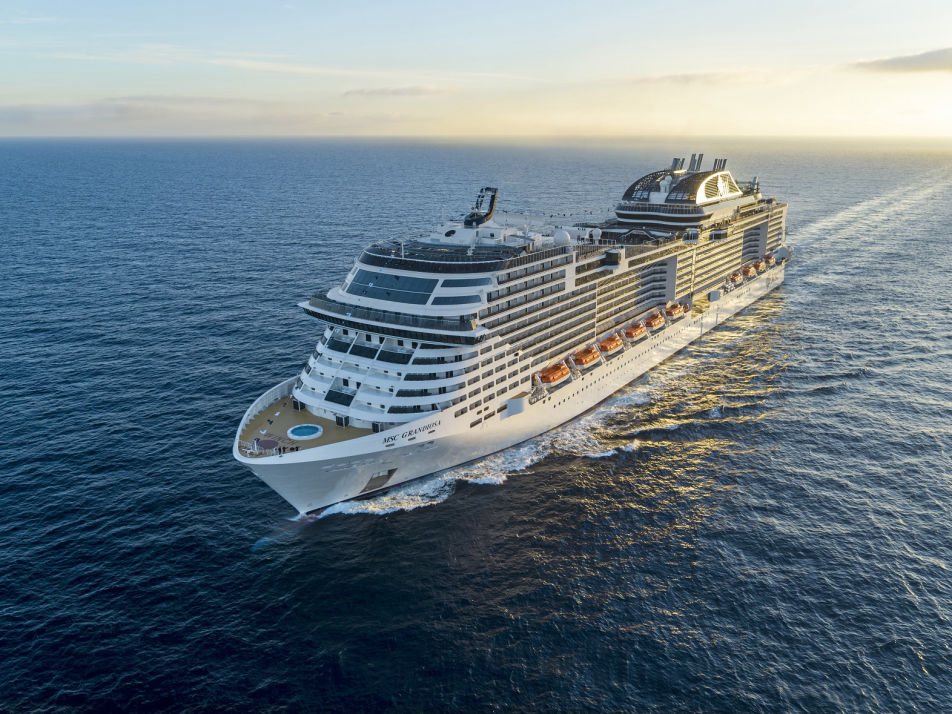 MSC Grandiosa sets sail from Genoa, the first Mediterranean voyage by a cruise ship after being laid up due to the pandemic. A great result, the result of effective and complex work to redefine the Terminal's layout and establish strict boarding procedures. 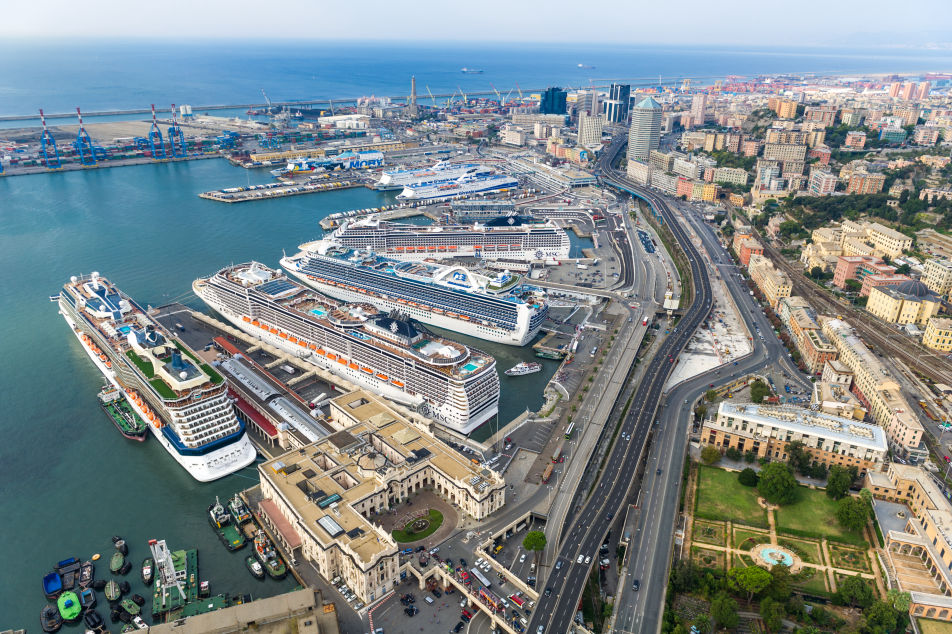 The plaque was also awarded to Genoa for Best Cruise Destination in Italy of 2018. CLIA (Cruise Lines International Association) is the international association of Cruise Lines and groups together more than 50 companies, as well as 330 Executive Partners from all over the world. It is headquartered in Washington and in Europe in London, in Italy in Rome. Every year, CLIA Italy organises the CLIA Italy Awards ceremony on the occasion of the Italian Cruise Day forum.